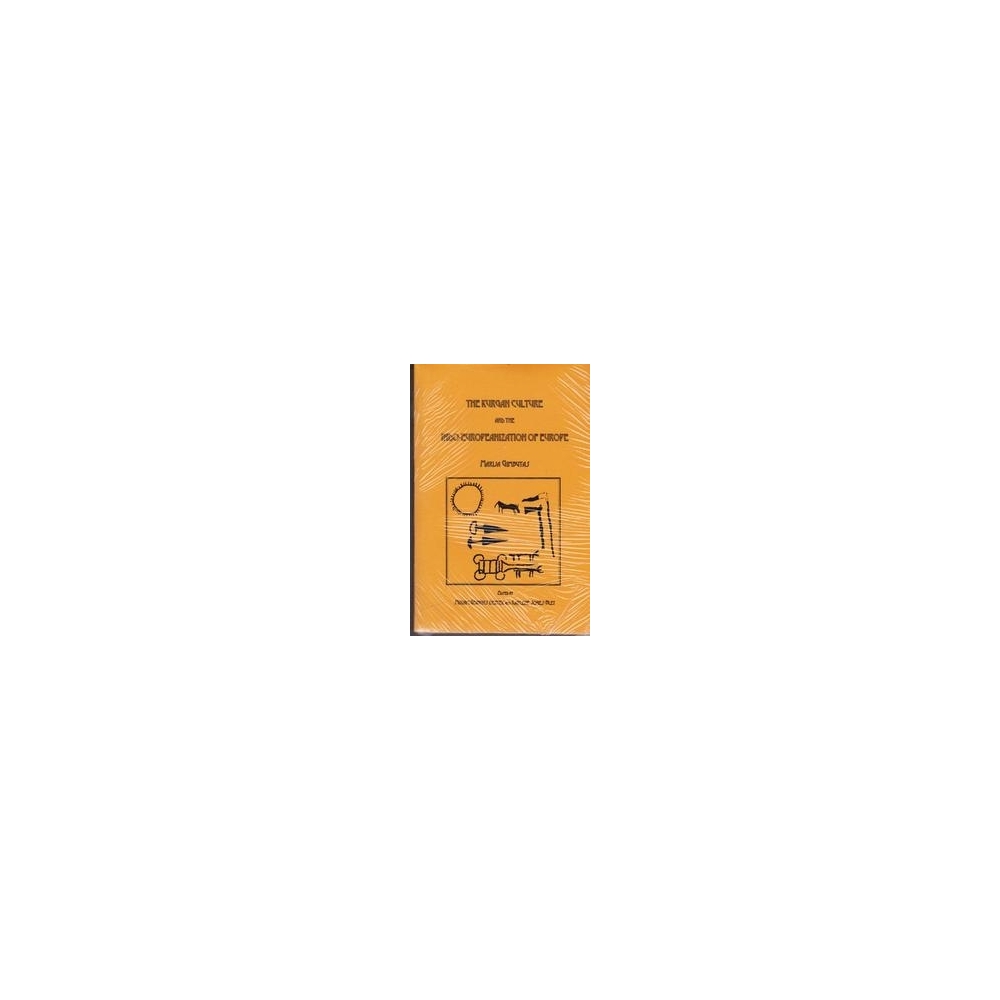 The Kurgan Culture and the Indo-Europeanization of Europe/ Gimbutas M.

Anglų k., Washington: Institute for the Study of Man,

Fifteen articles, 30 Maps, 102 Figures and 40 Tables make up this essential collection of papers by the famed Lithuanian-born Harvard and UCLA archaeologist, Marija Gimbutas. In the introduction Dr. Gimbutas describes her forty-year commitment to establishing the origins of Indo-European speech and seminal culture, which she named the Kurgan Culture after the distinctive burial mounds.

This unique collation showcases Gimbutas' epoch-making contributions to Indo-European studies and the archaeology of Europe. First is her comprehensive evidence that the geographical "homeland" of Indo-European was neither Central Europe nor Anatolia, but the steppelands of Eastern Europe and Western Asia. She details the westward migration of a warlike, horse-riding, pastoral, patriarchal peoples, beginning in the mid-4th millennium, bringing with them early I-E speech and a pantheon of sky-gods. Her presentation, originally based only on archaeology and carbon-14 dating, has since been proven by DNA analysis of skeletal remains. Secondly, these papers offer her extensive and colorful account of the earlier agricultural, matriarchal civilization of what she called "Old Europe" which the warlike patriarchal invaders overran. Gimbutas particularly highlights the striking contrast between the culture of the earlier population's chthonic goddess religion and that of the Indo-European conquerors' male sky-gods ‒ a clarification which made her become something of a heroine amongst history-oriented feminists.

Dr. Gimbutas was the prime founder and co-editor of The Journal of Indo-European Studies. Today the journal is edited by another pre-eminent Indo-Europeanist, James Mallory, one of her former star doctoral students himself.